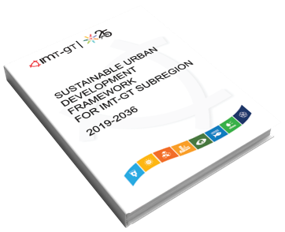 Leaders of the Republic of Indonesia, Malaysia and the Kingdom of Thailand launched the Indonesia-Malaysia-Thailand Growth Triangle (hereafter referred to as IMT-GT) subregional cooperation programme in 1993 to accelerate the economic transformation of the subregion. Historically, regional cooperation and integration among these countries has always resulted in fast-tracking economic growth, reducing poverty, and strengthening institutions – both at the individual country level and the region as a whole. Recognizing this potential, IMT-GT is a strategic framework agreement between leaders of the three countries to leverage underlying complementarity and comparative advantages while enhancing the subregion’s competitiveness for investment and exports. The subregion includes ten provinces of Sumatra, Indonesia, eight states in Peninsular Malaysia and fourteen provinces in the Southern Region of Thailand. It is home to about 83 million people inhabiting a land area of about 615,208 square kilometres.

As a subregional economic cooperation compact, IMT-GT particularly focuses on enhancing trade and investment opportunities, tourism, strengthening infrastructure links and institutional arrangements, among others. While the agreement binds the three countries to various commitments, around 2007, a need for a central secretariat to coordinate and monitor progress was realised. This led to the establishment of the Centre for IMT-GT subregional cooperation (CIMT) based in Malaysia, with its operations funded equally by all three-member countries. 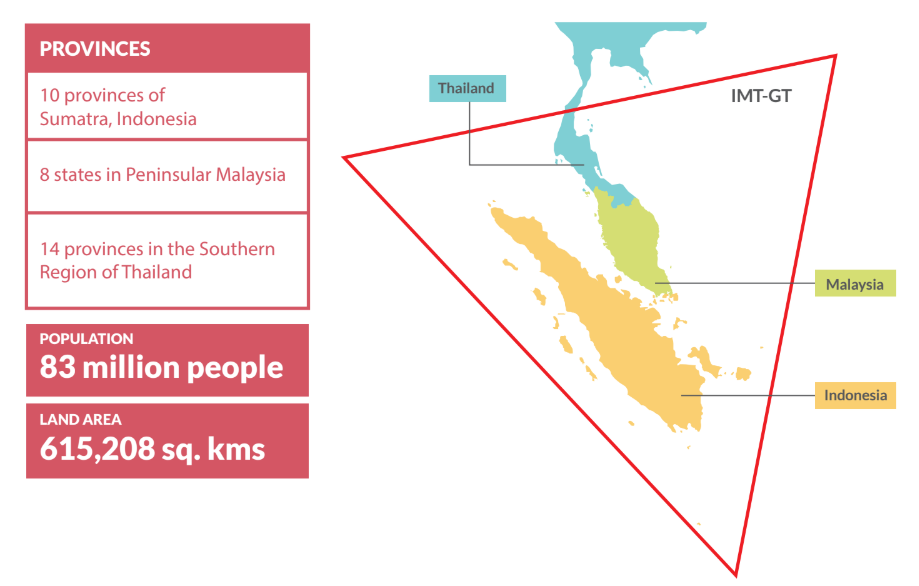 The IMT-GT Subregion is focussing on sustainable economic development. The environment sector is an enabler for sustainble economic growth. Specific objectives are defined in ‘IMT-GT’s Vision 2036’ for achieving this goal. These objectives include:

Three priority strategies are to be pursued for achieving these objectives:

The Vision 2036 document noted that around 90 million people are estimated to move to cities by 2030, particularly to the smaller ‘middle-weight’ cities while contributing to about 40 percent of the region’s GDP growth. Thus, to make these cities more liveable and sustainable, a target to implement the Green City Action Plan (GCAP) in 40 cities, is defined.

Based on the learning from early movers, such as Melaka (Malaysia), Songkhla (Thailand) and Medan Municipality (Indonesia), which have already prepared their much lauded Green Cities Action Plans (GCAP), the country leaders directed IMT-GT to upscale the successful GCAP models and work towards developing a Sustainable Urban Development Framework (SUDF) for the IMT-GT Subregion. The SUDF, now prepared (core part of this document),not only guides the preparation of 40 GCAPs in the subregion but is also a steering document for identification and implementation of actions, in line with the objectives stated under the environment pillar of the IMT-GT vision.

The intent of the SUDF is to enable transformative GrEEEn Growth in the region by adopting an integrated approach where the principles of a socially inclusive, economically viable, resilient and environmentally sound growth drive all decisions and actions (governance, policies, strategies, technologies, infrastructure, planning, community involvement etc.), resulting in sustained and resilient economic development in the region. The framework consists of three operational stages – scoping, planning and implementation. 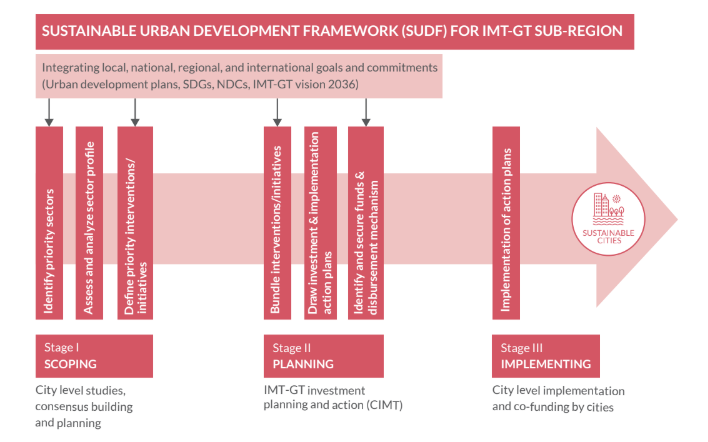